[Update on May 18: The dates were mistaken in the initial version of this post (which was online for a few minutes). They are now corrected.]
Posted by ICFPC2011 Organizers at 5:16 PM No comments:

As stated in the contest announcement, submitted programs must be run by the judges.  We plan to use the following environment:
Please note that all the above is subject to possible changes in case of unexpected problems of the hardware and/or software.  We appreciate your understanding.  Thank you!


[The ICFP Programming Contest 2011 organizers, with special thanks to the InTrigger team]

[Update on June 13: It would be the best if each participant can prepare an environment (virtual or physical) with Debian squeeze for amd64 (which supports x86-64 including Intel 64), but in case you can only produce 32-bit executables, please remember:
[Update on June 14: Most virtual machine software for Intel PC requires that you enable Intel VT in your host BIOS to run 64-bit guest OS.  Please see the documents of your VM (and PC) for details.]

The task description will be published in this blog when the contest starts.  Solutions to the task must be submitted online before the contest ends.  Details of the submission procedure will be announced along with the contest task.

This is an open contest.  Anybody may participate except for the contest organizers and members of the same laboratory as the the contest chair's.  No advance registration or entry fee is required.

Participants may form teams.  A team consists of every person who contributes ideas and/or code towards a submission.  Teams may have any number of members.  Individuals may only be members of a single team and teams may not divide or collaborate with each other once the contest has begun.

Any programming language(s) may be used as long as the submitted program can be run by the judges on a standard Linux environment with no network connection.  Details of the judges' environment will be announced later.

In addition, the organizers will declare during the conference that:

Additional announcements about the contest will be made at http://www.icfpcontest.org/.  Questions can be posted as comments to the blog or e-mailed to icfpc2011-blogger AT kb.ecei.tohoku.ac.jp (please replace AT with @).

We look forward to your participation! 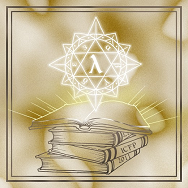